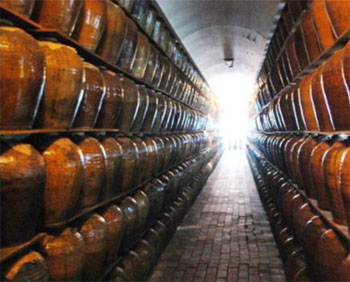 The counterfeit wine in China is extremely hard to prevent. Drinking inferior wine is irreversible to the human body, especially to the liver. HKE R&D team occasionally find that the fake wine or the inferior with unnatural additives became extremely difficult to drink after contacting the wine glass with our portable Hydrogen Kinetic Energy Titanium alloy ingot. Relatively, the taste of liquor becomes more mellow and smooth, as if the liquor has reserved for several years when it comes to really good liquor. HKE R&D team immediately understood that resonance makes the original methanol, spices, and chemicals in alcohol appear in the inferior liquor.

Under the effect of this resonance, real liquor will reduce its molecular size, accelerate the effect of sobering and estering, and make the liquor more effective, more fragrant. It shows that the Hydrogen Kinetic Energy Technology is not only a fake liquor detector but also a good liquor aging technology.